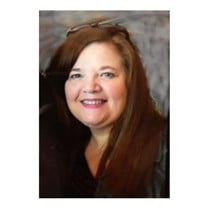 Lafayette - Sharae Claire Melancon Lytle, 52, passed away at The Carpenter House at 9:45AM, Tuesday, October 12, 2021, in Lafayette, Louisiana. A graveside service will be conducted by Deacon Tim Marcantel of Erath, at 10:30AM on Monday, October 18, 2021 at Our Lady of Lourdes Catholic Church cemetery in Erath. Sharae was born on Saturday, January 25, 1969, in Erath, Louisiana. She grew up in Lafayette, graduated from Comeaux High School, Lafayette, in 1987, attended U. L. Lafayette and was currently a resident of San Antonio, Texas. She worked as an oil and gas title abstractor in Louisiana and Texas. Sharae loved animals, especially cats. For many years she always had her four-legged friends near her. Also, she loved to cook and was always searching for, creating and trying new recipes. She was a foodie at heart. Sharae was also an avid writer and practiced journaling daily. She especially loved spending time with her friends and family and her grandson was a major part of her world. She had a wonderful sense of humor and an infectious smile. She will be missed by so many. Survivors include her husband, Keith “J.R.” Lytle of San Antonio, Texas; her son, Kaine Melancon and wife, Crystal Romero Melancon of Broussard; her grandson, Quinnton James Melancon of Broussard; her step-grandson, Kaine Slade Vaughn of Broussard; her parents, John and Sherry Nunez Melancon of Lafayette; her brothers, Ross Melancon and wife Evelina “Tootie” Owens of Erath; and, Seth Melancon and wife Lessie LeBlanc of Scott; and her god-father, Mark Bertrand of California. She is also survived by uncles, Father Gayle Nunez and Kenneth Picket; aunts, Brendalyn N. Pickett and Carmen B. Nunez; and several cousins. Also left to cherish her memory is her very best friend of many years, Danyelle Crier Temme of Las Vegas. Sharae was preceded in death by her maternal grandparents, Albert Curley Nunez and Ades May Broussard Nunez; her paternal grandparents, Francis Melancon and Lucille Lee Melancon; her uncle Norman Nunez and her aunt and godmother, Connie Melancon Hasemann. We would like to give thanks to the doctors and nurses of University Hospital 6th Floor West, the nurses and staff of Heart of Hospice, and the doctors and nurses of The Carpenter House and St. Joseph Hospice for the wonderful care, kindness and concern they showed to Sharae and her family during this most difficult time. A reception will be held at River Front Banquet Room, 503 West Port Street., at the foot of the Vermilion River Bridge in downtown Abbeville, immediately following the graveside service. Cypress Funeral Home & Crematory, 206 West Lafayette St., Maurice, LA. 70555, (337) 740-3123, is in charge of Cremation arrangements.

Lafayette - Sharae Claire Melancon Lytle, 52, passed away at The Carpenter House at 9:45AM, Tuesday, October 12, 2021, in Lafayette, Louisiana. A graveside service will be conducted by Deacon Tim Marcantel of Erath, at 10:30AM on Monday, October... View Obituary & Service Information

The family of Sharae Claire Melancon Lytle created this Life Tributes page to make it easy to share your memories.