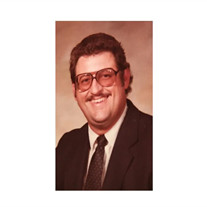 Abbeville - A memorial funeral service will be held honoring the life of Roy R. (Buddy) Theriot, Jr., 68, who died Saturday August 14, 2021 at Doctors’ Regional Medical Center in Corpus Christi, Texas. Roy was a resident at River Ridge Nursing and Rehabilitation Home in Corpus Christi. Visitation is scheduled on Saturday September 11, 2021 from 9-11am followed by the funeral from 11am-12noon, both at the New Life Church located at 1109 North Lafitte Road in Abbeville, La. Pastor Layne Payne will conduct the service. Roy will be laid to rest during a private family service at St. Mary Magdalen Cemetery. Roy was a 1970 Abbeville High graduate and 1974 USL graduate in Journalism. He excelled at both schools academically and in sports, especially track and field as a record holder in the shot put and javelin throw. He also starred in football, basketball, and baseball. As a proud Eagle Boy Scout, he attended a World Jamboree in Idaho. After graduating from USL in 1974, Roy attended and graduated from Christ for the Nations Bible College in Dallas, Texas in 1977 with a degree in Theology. It was there where he met and married his wife Rona Dildy. Together, they ventured to McAllen, Texas where for several years they served as missionaries for Christ in Mexico, Honduras, and Nicaragua. They eventually moved to Corpus Christi, Texas where Roy worked in the oilfield. He relocated to the Tampa, Florida area where he spent much of his life working as an attendant at an assisted living facility as well as a special needs teacher in the school district. He returned to Corpus Christi to live his final years with his family. Roy is survived by his daughter Shira Theriot Mills and her husband Ben Mills and Roy’s grandson Gideon Mills, his sister Barbara Theriot Horaist and her husband Neal Horaist, his brother Dr. Sammy Theriot and his wife Mary Theriot as well as numerous nieces and nephews. He was preceded in death by his wife Rona D. Theriot, his father Roy R. Theriot, Sr., and his mother Helen Roberts Theriot. Honorary pallbearers include grandson Gideon Mills, son-in-law Benjamin Mills, brother-in-law Neal Horaist, and nephews Chris DeBlanc, Mike DeBlanc, and Jacob Theriot. Due to COVID restrictions, the family respectfully requests that all attendees wear a mask during visitation and the funeral. In lieu of flowers, the family request memorial contributions be made in Roy’s name to either the Roy and Helen Theriot Memorial UL Scholarship at the UL Foundation in Lafayette, La or Christ for the Nations Missionary Assistance Program Services at 3404 Conway St., Dallas, Tx, 75224. Cypress Funeral Home & Crematory, 206 West Lafayette St., Maurice, LA. 70555, (337) 740-3123, is in charge of Funeral arrangements.

The family of Roy "Buddy" Theriot Jr. created this Life Tributes page to make it easy to share your memories.

A memorial funeral service will be held honoring...

Send flowers to the Theriot family.