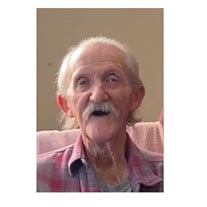 Parks - Raymond Robertson, 83, passed away on Thursday, September 9, 2021 in Lafayette, Louisiana. A Memorial Mass will be held at 10:00 AM in St. Joseph Catholic Church in Parks, LA. on Saturday, October 23, 2021. A gathering of family and friends will follow after the service. Raymond was born on December 21, 1937 in St. Martinville and he was resident of Parks, Louisiana for over 50 years. He served his country in the United States National Guard. He held many jobs during his lifetime. In his younger years he worked for Mr. Pete Perodin doing odd and end jobs; also he and two of his brothers ( The Robertson Brothers) painted for many years. He also owned a local drive in with his wife, called Rae's Drive In. He went on to work for Martin Mills and he remained with them until his retirement. Raymond enjoyed spending time outdoors; fishing, gardening, camping and hunting. He loved drinking coffee in the morning with his family and friends. He enjoyed spending time with his family, cooking and spoiling his grandchildren and his great grandchildren. He was an avid sports fan and loved watching football and baseball, and he hardly ever missed a Saints game. Raymond will be remembered as a loving husband, father, grandfather, great grandfather, brother and friend. He will be dearly missed by all who knew and loved him. Raymond is survived by his children, Rae Belaire (Gustavo Caceres), and Raquel Nunez (Chris Champagne); his grandchildren, Jeremy Harb (Amelia), Ryan Meche (Cali), Rhett Nunez (Payton); his great grandchildren, Everett Harb, Bennett Meche, and Luke Bouillion; and his siblings, Harold Robertson and Florence Robertson Domingue. He was preceded in death by his loving wife of 46 years, Rita Rebecca Hebert Robertson; his parents, Raoul Robertson Sr. and Florence Periou Robertson; and his siblings, Mildred Breaux, Alton Robertson, Raoul " Bobby" Robertson Jr., Francis Robertson, Harris Robertson, and Vernon Robertson. The family wishes to extend a heart felt thank you to, Kristie, Karen, Shelby and Dr. grace at St. Martin Hospital in Breaux Bridge. As well as, Patricia, Kathaleen and all who took such good care of Raymond at the Carpenter House. Cypress Funeral Home & Crematory, 206 West Lafayette St., Maurice, LA. 70555, (337) 740-3123, is in charge of Cremation arrangements.

Parks - Raymond Robertson, 83, passed away on Thursday, September 9, 2021 in Lafayette, Louisiana. A Memorial Mass will be held at 10:00 AM in St. Joseph Catholic Church in Parks, LA. on Saturday, October 23, 2021. A gathering of family and... View Obituary & Service Information

The family of Raymond Robertson created this Life Tributes page to make it easy to share your memories.

Send flowers to the Robertson family.