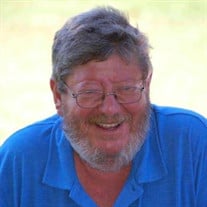 Abbeville – A private memorial service will be held on a later date for Jonathan “Spanky” James Trahan, 54, who passed away on Saturday, June 26, 2021 at his residence in Abbeville. Jonathan “Spanky” Trahan was born on January 4, 1967 in Abbeville, Louisiana and was a life long resident of Vermilion Parish. He worked as a truck driver for most of his career. He was an avid outdoorsman, and he enjoyed Saturday night bonfires with his family and friends. In his spare time Jonathan also enjoyed gardening and raising farm animals. He was a devoted father and uncle, who constantly tried to pass on his life lessons and knowledge to Ember and Cadon. Anyone who knew “Spanky”, knew that one of his greatest joys in life were his two grandchildren, Maisie and Jayde. He will be remembered as a kind and loving husband, father, grandfather and uncle. He will be dearly missed by all who knew him. Jonathan is survived by his loving wife of 25 years, Crystal A. Trahan; his children, Kale J. Trahan and Ember A. Trahan; his grandchildren, Maisie A. Trahan and Jayde Grace Callahan; his brother, Terrell Delasbour (Karen); his nieces and nephews, Cadon Lege (Daley), Javien Delasbour, Devin Trahan ( Melissa), and Ashley Trahan; his mother in law and father in law, Gerryl and Mary Delcambre; his sister in laws, Darlyne Suire (Walyn), and Nancy Trahan; his aunts, Geraldine Theall, and Maureen Duhon; as well as three great nephews, Jackson, Mikael and River. He was preceded in death by his parents, Nolan Trahan and Betty Gayneaux Trahan; and his brother, Kenneth Trahan. The family wishes to extend a special thank you to Brandy Bullington, Nehemia Domingue, Cissi Bares, and Terrell Delasbour for all of the compassion and emotional support they provided over the last few weeks. Cypress Funeral Home & Crematory, 206 West Lafayette St., Maurice, LA. 70555, (337) 740-3123, is in charge of arrangements.

The family of Jonathan "Spanky" James Trahan created this Life Tributes page to make it easy to share your memories.

A private memorial service will be held on a later...

Send flowers to the Trahan family.