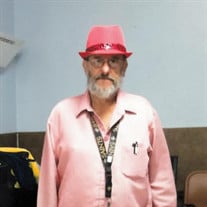 Abbeville- John Raywood Hebert, age 68, passed away on Tuesday, September 29, 2020 in New Iberia, Louisiana. John was born on August 13, 1952 in Lafayette and was a lifelong resident of South Louisiana. He was a graduate of Acadiana High School class of 1972. After graduation John went on to work in the grocery business. He worked for Adrian’s Supermarket and later retired as a supervisor in the produce section for Walmart. Away from work John enjoyed playing pool on his APA pool team, he was also a devoted Saints fan and he loved listening to Cajun French music. More than anything John was a father and a grandfather, he dearly loved spending time with his children and grandchildren. He will be greatly missed. John is survived by his daughters; Bridget M Hebert and her spouse Clinton Lavergne of Duson, Shelly M Hebert and her spouse Mark Langlinais of Abbeville and LeeAnn Hebert and her spouse Chad LeMaire of Gueydan; his grandchildren, John Joseph Lavergne, Mason Joseph LeMaire and Aleigha Gabbrielle Bryan; his sister, Wanda Guidry-Cook and husband Edward; his brothers, Jeff Guidry, Warren Guidry and his wife Suzanne, Carrol Guidry and his husband Chris, James Hebert and his wife Fannie and Ronnie Hebert and his wife May. He was preceded in death by his loving wife of 30 years, Jeane C. Hebert; his parents, Matilda R. Soirez and Wilson Hebert; his granddaughters, Jeanie M. Bryan, Eleina G. Bryan and Zoey A. Bryan; and his brother, Roger D. Hebert. Online obituary and guestbook may be viewed at www.CypressFunerals.com Cypress Funeral Home & Crematory, 206 West Lafayette St., Maurice, LA. 70555, 337-740-3123, is in charge of arrangements.

Abbeville- John Raywood Hebert, age 68, passed away on Tuesday, September 29, 2020 in New Iberia, Louisiana. John was born on August 13, 1952 in Lafayette and was a lifelong resident of South Louisiana. He was a graduate of Acadiana High... View Obituary & Service Information

The family of John Raywood Hebert created this Life Tributes page to make it easy to share your memories.