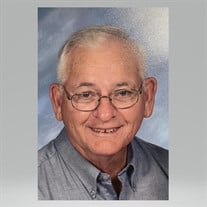 New Iberia – A Memorial Service will be held on Saturday, April 17, 2021 at 2:00 PM at First United Methodist Church in New Iberia, for Mr. Jimmy Steven DeBuse, 87, who passed away on Sunday, April 11, 2021 in New Iberia. Visitation will be held on Saturday, April 17, 2021 at 1:00 PM at First United Methodist Church in New Iberia, and continue until the time of service. Inurnment will take place at Rose Hill Cemetery. Jimmy was born on February 21, 1934 in New Iberia and he was a lifelong resident of Iberia Parish. He was a graduate of New Iberia Senior High, and he proudly served in the Army National Guard of Louisiana from 1952 to 1960. He had an over 35‐year career in the oil and gas industry. He owned and operated, DeBuse Marine Service suppling offshore crew and supply boats to the oil industry. He was a lifelong member of First United Methodist Church. He was an active member and served on various committees and project teams over decades. He was a member and Past Master of the Aurora Lodge No 193 F. & A. M of New Iberia. He was also a member of the Scottish Rite – Valley of Lake Charles, Habibi Temple, Coastal Shrine Club, and Wisteria Chapter of the Eastern Star. He enjoyed fishing and hunting. He was a private pilot, flying both land and sea planes. He enjoyed his love of fishing and flying both at the same time, flying his sea plane to the bays and marshes fishing off the plane’s pontoon floats. He shared is love for the outdoors with his children. His children and wife have fond family memories of traveling, camping and fishing together over many years. He enjoyed doing mechanical repairs and restoration work especially to diesel engines. He was an avid woodworker and hobby carpenter. He especially enjoyed furniture making. His love for boats and wood working often were combined in building pirogues and canoes. He enjoyed reading especially military history of World War II. Most of all Jimmy enjoyed and valued being with his family. He was a devoted son, brother, husband, and father, and celebrated having grandchildren finally at the age of 84. He was a friend to many and never saw someone he would not talk to. He leaves a legacy of respect, service and love and will be missed by all that loved him. Jimmy is survived by his loving wife of 54 years, Elizabeth Carter DeBuse; his children, Marilynn Jane DeBuse White (Eric White, DVM), Maree Elizabeth DeBuse, and Steven Carter DeBuse (Rachel Melancon DeBuse); his grandchildren, Emma Claire DeBuse, Owen Steven DeBuse and Levi Steven DeBuse; as well as his brother, Felix DeBuse. He was preceded in death by his parents, Joseph C. DeBuse and Rose Maude Pelous DeBuse; his siblings, an infant sister, Mary Loretta DeBuse Davis and Edward DeBuse. In Lieu of flowers memorial contributions can be made in his honor to: First United Methodist Church in New Iberia, or The Methodist Children’s Home. The DeBuse family wishes to extend a heart felt thank you to Dr. GD Sagrera and his staff; as well as his caregivers, Mary Andrews, Debbie Augustine, Pam Landry and Monique Hankehof for all of the compassion and care that they showed Jimmy during his greatest hour of need. Online obituary and guestbook may be viewed at www.CypressFunerals.Com Cypress Funeral Home & Crematory, 206 West Lafayette St., Maurice, LA. 70555, 337-740-3123, is in charge of arrangements.

The family of Jimmy Steven DeBuse created this Life Tributes page to make it easy to share your memories.

A Memorial Service will be held on Saturday, April...

Send flowers to the DeBuse family.