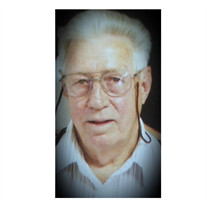 Lafayette - A Funeral Service will be held on Thursday, December 2, 2021 at 2:00 PM at Cypress Funeral Home in Maurice for Horace Stutes Sr., age 86, who passed away on Thursday, November 25, 2021 in Lafayette, Louisiana. Deacon Keith Duhon of St. Joseph Catholic Church will conduct the funeral service. Visitation will be held on Thursday, December 2, 2021 from 10:00 AM until 2:00 PM in the Chapel of Cypress Funeral Home. Horace Stutes was born on January 23, 1935 in Rayne, Louisiana and he was long time resident of Lafayette. After his retirement from the Oilfield in the mid 80's Horace enjoyed his time working his garden, building wishing wells and flower baskets, working on his house and spending time with his favorite companion's his wife and Bogger J. Taking care of his family was always his first priority and he adored his grandchildren and great-grandchildren. In his younger days, he didn't shy away from mischief, but knew where his bread was buttered with Faye. He provided his family with wonderful memories, especially his grand and great grand-children. His leisure time was spent fishing, watching baseball, wrestling and taking his family to Panama City Beach, Fl. He will be remembered for his endless hours of Oilfield stories, Jokes and childhood memories. He will always be close to our hearts and forever in our memories. Horace is survived by his children, Michelle Guilbeau (Gary), Horace Stutes Jr. (Chris), and Lorrie Anderson; his grandchildren, Shannon Vice Hudson (Tommy), Leah Vice Hoss, Yvonne Stutes, Britney Stutes, Courtney Stutes, Trent McGoldrick, Taylor McGoldrick, and Elijah Stutes; his 13 great-grandchildren; as well as his siblings, Jane Stutes Borel, Barbara Magnon Guilbeau, and James Magnon. He was preceded in death by the love of his life, Elphy " Faye" Mc Gee Stutes; his sons, Billy B. Stutes, Lawrence B. Stutes, and Larry J. Stutes; his daughter, Mona L. Stutes; his grandaughters, Melissa A. Stutes, and Randi Lynn Vice; his parents, Bill Bennet Stutes and Naomi Magnon; and his brothers, Lawrence (shorty) Stutes and Malcolm (Mickie) Magnon. Pallbearers will be Michael Alleman, Kane Leger, Kyler Lanerie, and Abram Sellers; Horace Stutes, Jr. will serve as an honorary pallbearer. Cypress Funeral Home & Crematory, 206 West Lafayette St., Maurice, LA. 70555, (337) 740-3123, is in charge of Funeral arrangements.

Lafayette - A Funeral Service will be held on Thursday, December 2, 2021 at 2:00 PM at Cypress Funeral Home in Maurice for Horace Stutes Sr., age 86, who passed away on Thursday, November 25, 2021 in Lafayette, Louisiana. Deacon Keith Duhon... View Obituary & Service Information

The family of Horace Stutes Sr. created this Life Tributes page to make it easy to share your memories.

A Funeral Service will be held on Thursday, December...

Send flowers to the Stutes family.