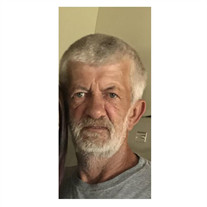 Breaux Bridge - Gerald James Denman (Jerry), 65, Passed away on July 18, 2021 at Louisiana Extended Care Hospital of Lafayette. Jerry was born in Lafayette on October 26, 1955, to Gerald and Sable Denman. Jerry was a graduate of Northside High School. He loved spending time with his family and friends. He worked offshore most of his life doing marine outboard mechanic work. He was a life saver to his family and friends always willing to help with mechanic and carpentry work. Jerry was an outdoorsman who loved fishing. He knew all the best spots to fish in Henderson basin. He was a positive role model to everyone who knew him. Jerry was a loving husband, son, father, grandfather and friend. He will deeply be missed by all who knew him. Left to cherish his memory is his Mother Sable Denman, 2 sons Jason Denman wife Rhonda, Jeremy Denman, Special ex daughter in law Pamela Denman. Grandchildren are Gauge Denman, Shelbie Denman, Blaine Breaux, & Adalyn Denman. 2 step grandchildren Dane Langley and Celia Leblanc. He had 4 greatgrandchildren. His special great granddaughter Aubrey (His Little Couyon) 3 brother in laws, a sister-in-law, nieces, and nephews. He was preceded in death by his wife of 32 years Lisa Landry Denman. His Father Gerald Joseph Denman, His father and mother-in-law Vinton and Inez Landry. Special thanks to Pamela, Gauge and Shelbie Denman for the love and compassionate care giving to Jerry. Also special thanks to Blair and Cissy Benoit for their extra love and support for him. Cypress Funeral Home & Crematory, 206 West Lafayette St., Maurice, LA. 70555, (337) 740-3123, is in charge of arrangements

Breaux Bridge - Gerald James Denman (Jerry), 65, Passed away on July 18, 2021 at Louisiana Extended Care Hospital of Lafayette. Jerry was born in Lafayette on October 26, 1955, to Gerald and Sable Denman. Jerry was a graduate of Northside... View Obituary & Service Information

The family of Gerald J. Denman created this Life Tributes page to make it easy to share your memories.

Send flowers to the Denman family.