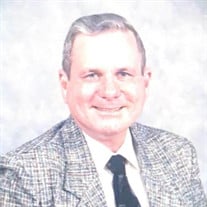 New Iberia – A Memorial Service will be held at a later date for Elward Joseph Portier, 82, who passed away on Thursday, July 1, 2021 in Lafayette, Louisiana. Elward Joseph Portier was born on August 4, 1938 in Chauvin, Louisiana and was a resident of New Iberia for the last 15 years. He served his country as an electrician in the US Navy and retired as a Senior Chief. After his Navy career, he began a second career as an educator at VoTech and with Louisiana Marine and Petroleum Institute (LAMPI), in Houma. He often held a second part time job and went to college at night. He earned his Bachelor’s degree from Nicholls State University in 1983. Following his retirement from LAMPI, he was a vessel inspector for Exxon at their Baton Rouge refinery. Then, he joined Avondale Shipyard as an executive recruiter in Human Resources. After his retirements, Elward thoroughly enjoyed working as a tour guide. First at Oak Alley Plantation and later with Rip Van Winkle Gardens at Jefferson Island. As a scholar, sharing his knowledge and meeting interesting people, his operating groups of tours were a true pleasure to him. If you were ever lucky enough to get a tour from him, you could be swept away by his breadth of knowledge of these places. He felt fortunate when he could share south Louisiana history with tourists in their native languages - not only English, but also French, German, & Spanish. He always enjoyed visits with his many friends and family. He loved to brag about his many children, grandchildren and great grandchildren. He was a lifelong learner who continued to expand his knowledge everyday. He was a loving and caring husband and father. He will be greatly missed. Elward is survived by his loving wife of 35 years, Betty Gilmore Portier; his children, Robert Portier (Gerda), Becky Livaudais (Greg), Cheryl Portier, Peggy Migues (Tony), John Portier (Mindy) and Eric Portier; his grandchildren, Stephanie Ohliger, Cory Livaudais, Elisa Broberg, Ross Livaudais, Brandon Portier, Shannon Livaudais, Megan Portier, Faith Migues, and Jacob Portier; his great grandchildren, Ross Broberg, Gerda Broberg, Clara Broberg, and Kennedy Ohliger; his siblings, Claudette Authement, Charles Portier, Anna Cunningham, and Aline Truxillo; as well as a host of nieces and nephews. He was preceded in death by his parents, Wilton & Irene Portier, his first wife, Mona Neil Portier; his brothers, Mark Portier and Bernard Portier, as well as a grandson, Blake Migues. Interment will be held at 10:00 AM on July 31st at St. Joseph’s Catholic Church in Chauvin, Louisiana. A reception will be held afterwards at the St. Joseph’s Youth Center. Expressions of sympathy may be sent to 314 Front Street, New Iberia, LA 70563. Cypress Funeral Home & Crematory, 206 West Lafayette St., Maurice, LA. 70555, (337) 740-3123, is in charge of arrangements.

The family of Elward Joseph Portier created this Life Tributes page to make it easy to share your memories.

A Memorial Service will be held at a later date...

Send flowers to the Portier family.