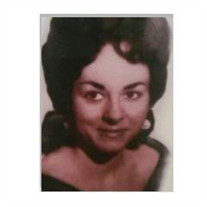 Lafayette - Doris Ann Leger Leger, a daughter, mother, grandmother and great-grandmother has found peace at last with her husband, Patrick Dale Leger, son, Patrick Dwayne Leger and daughter, Pamela Denise Leger Cheramie, all of whom preceded her in death. After a harrowing year combating COVID-19 and the consequences of dementia, Doris slept peacefully until her passing on November 24, 2021 at the age of 75. Doris was born on June 13th, 1946 to Winnie Guidry (née Cormier) and Leroy Leger of Rayne. She went on to do many things in her life, including bookkeeping for Coca-Cola and her church, founding her own business as a private investigator (borne from a love of reading Agatha Christie…a passion that has lived on through the generations), a painter of still life and landscape, but most important to her was her role as a mother. A role that grew to accommodate being a grandmother and great-grandmother. Doris is survived by her grandchildren, Karessa Robnett and her husband Earl, Ariele Leger, Jacob Cheramie and Emily Leger as well as their much-adored children. She felt grateful for the efforts of her son-in-law, Jared Cheramie and his mother, Sable Alleman Cheramie, in ensuring her care. Also surviving her is her brother Ricky Guidry, her brother Roger Leger and his wife Deborah, sister Velma Rougeaux and husband Kent, and sister Susan Tillery. Doris also counted her nephew, Lenray Leger and his wife Gwen, among her siblings. Adhering to Doris’ wishes, the family will hold an intimate ceremony for family and friends once the site of her permanent internment has been decided. The family hopes to find a place with room not only for her remains, but for the remains of her late husband and children as well, so that they may be as close physically as their spirits are now. Cypress Funeral Home & Crematory, 206 West Lafayette St., Maurice, LA. 70555, (337) 740-3123, is in charge of Cremation arrangements.

The family of Doris Leger created this Life Tributes page to make it easy to share your memories.

Send flowers to the Leger family.