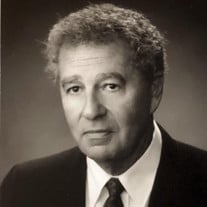 Lafayette - Byron Richard Begneaud, Sr., 87, passed away peacefully surrounded by his family and dogs on Thursday, December 31, 2020. Byron was born on January 16, 1933, in Lafayette, LA.  He was a graduate of Lafayette HS and Southwestern Louisiana Institute.  Byron was the ultimate sportsman; he owned one of the most coveted and legendary duck leases in Louisiana.  There was not a creature on earth that wasn’t on his radar.  He hunted and fished all over North America, from hunting record-breaking caribou in the Arctic Circle, doves in Mexico to sailfish in the Gulf.  He had several highly ranked Boone & Crockett trophies.  His expert marksmanship also garnered him many State Champion Skeet titles and awards ranging from the World Hunting & Conservation Congress and Safari Club International. Along with his venerable field sporting skills, Byron had a distinguished career in business & finance. He was co-owner of Begneaud’s Pharmacy.  He served on the Bank of Lafayette board and as Chairman of Home Bank and Begneaud Oil Company Chairman.   We are all navigating unchartered waters in these uncertain times, but Byron was always a beacon of unwavering faith and humanity.  Byron was an active member of the South College Church of Christ.  He was a well-respected member of his community and will be remembered for his prudence and magnanimity. He is survived by his wife of 65 years, Janet Rauschenberg Begneaud, his son, Byron Richard “Rick” Begneaud, Jr,  and his partner Sandra Moy, his two grandchildren, Dylan Begneaud and Logan Begneaud, their mother, Shannon O’Leary Joy, and his four caregivers, Pernella, Sydney, Geri, and Linda. He was preceded in death by his parents Arista Joseph Begneaud & Stella Richard Begneaud, and his brother Roland Thomas Begneaud. A private memorial and celebration of Byron’s life will be held at a later date. Cypress Funeral Home & Crematory is in charge of arrangements.

Lafayette - Byron Richard Begneaud, Sr., 87, passed away peacefully surrounded by his family and dogs on Thursday, December 31, 2020. Byron was born on January 16, 1933, in Lafayette, LA.  He was a graduate of Lafayette HS and Southwestern... View Obituary & Service Information

The family of Byron Richard Begneaud Sr. created this Life Tributes page to make it easy to share your memories.

Send flowers to the Begneaud family.